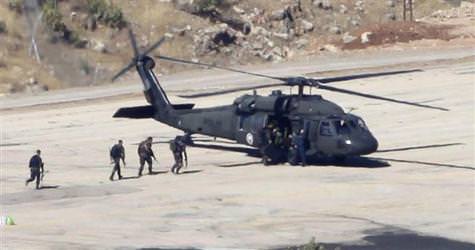 Turkish troops killed 32 PKK terrorists in clashes in Çukurca’s Kazan valley, in the Hakkari province in southeast Turkey, on Saturday, in the third day of an offensive to avenge the deaths of 24 soldiers this week.

A total of 53 terrorists have been killed so far in the operation and clashes continue in the area.
Turkish security officials estimated earlier in the week that their forces, numbering about 1,000 inside Iraq, had killed 21 PKK terrorists.
The Turkish military said it had deployed troops from 22 battalions for ground attacks in five different areas on either side of the border, and it had also launched air strikes.
Turkey's leaders have vowed revenge after one of the worst losses of life suffered by the army since 1984, when PKK terrorists mounted a series of deadly night-time raids on army outposts in Turkey's mountainous southeast on Wednesday.