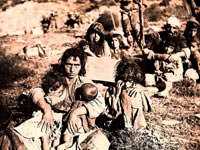 Prime Minister Erdoğan announced an official apology on behalf of the state for the Dersim tragedy, in which 14,000 people were killed, and called out to Kılıçdaroğlu, by stating, “In fact, you should be the one apologizing.”

Speaking at an AK Party meeting of District Chairmen, Prime Minister Erdoğan released information from historical documents on the Dersim incident, which he referred to as 'the bloody work of the CHP'. "Dersim is the most painful and bloody tragedy out of hundreds conducted by the CHP government. If an apology needs to be made by the state then I will apologize."
A CHANCE TO SAVE HIS HONOR
"However we are not the ones that should be apologizing for Dersim or facing up to the events. The people that are personally responsible is CHP. If there is someone that needs to apologize on behalf of the CHP, then that would be none other than Kılıçdaroğlu, who has stated, 'I am proud to be a person from Dersim.' Here is the opportunity for you to save your honor and to face up to the history you are a victim of!"
'All under İnönü's signature'
While announcing the documents that reveal the details of the Dersim tragedy, Erdoğan stated, "İnönü's signature is under all of them." According to the Gendarmerie documents, between the years 1936 to 1939, 13,806 people were killed in Dersim, which is presently Tunceli. Erdoğan also provided an example of one case when 20 young children were mercilessly murdered.