Sevcan from Izmir crowned Model of the World 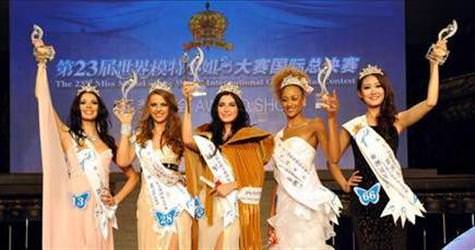 Hailing from Izmir, Turkey, Sevcan Yaşar was crowned the winner of the pageant which had 66 models from 66 different countries competing. From Hungary, Bozhar Ivett placed second and Guinean contestant Jasmine Sidibe came in third. Placing fourth, Asia's champion Li Meng was also awarded for 'Best ethnic Costume' and won a 'special media award'.
The first Miss Model of the World Pageant was held in Istanbul in 1988. Since then, over ten thousand models from 70 countries have competed for the title. This was the sixth time the pageant has been held in Shenzhen and the eighth time in China.