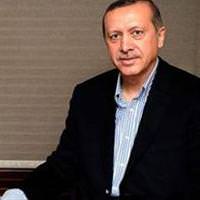 Doctors operating on Turkish Prime Minister Tayyip Erdoğan have removed polyps from his intestines, but found no trace of cancer.

Erdoğan, prime minister since 2003, has been recovering at home since keyhole surgery on Nov. 26. Two cabinet meetings have been cancelled since then, fuelling speculation on what would happen if the man who has towered over Turkish politics for the last decade were to withdraw from public life. Power in Turkey has become highly centralised around Erdoğan, and in his partial absence squabbles have already emerged within his ruling Justice and Development Party.
The government has been tight-lipped on the nature of Erdoğan's ailment, saying only that he underwent keyhole surgery on his lower intestine. But a doctor present at the operation said polyps were removed. Polyps are abnormal growths of tissue which can be cancerous. "The polyps were removed were big, but harmless," Professor Doctor Mehmet Füzün was quoted as saying. "If we hadn't removed these it could have turned into a serious illness within the next three to five years."
President Abdullah Gül, a political ally of Erdoğan's also said the problem was not a serious one. "It was a preventative operation," Gül was quoted as saying
"There is no doctor at the prime minister's house. I told him not to hurry. There is nothing more normal than someone who has undergone an operation to rest for a while."