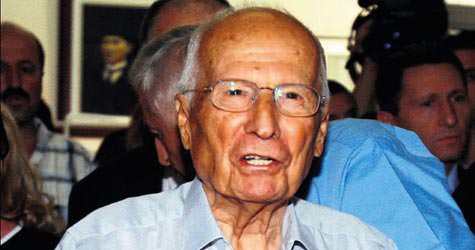 A newly completed indictment into the 1980 coup, requests two of the architects of the 1980 coup, Evren and Şahinkaya receive life sentences for "Using weapons purchased with the public’s taxes and entrusted to them in order to defend the nation in violent means in order to take over the entire administration.”

The investigation into the September 12th coup has been completed. Ankara Special Authority Deputy Chief Public Prosecutor Ankara Hüseyin Görüşen has released information that the indictment on the 1980 coup was completed yesterday morning and he has since received it. According to the information obtained, the 80-page indictment consists of ten main sections. The first sections deal with how the investigation is being conducted. The fact that the Temporary 15th Article in the current constitution which made the individuals in charge of the coup exempt from legal action was lifted following the referendum was detailed to explain why an investigation can now be conducted. The prosecution cites that those who conducted the 1980 coup did so, "Using weapons purchased with the public's taxes and entrusted to them in order to defend the nation in violent means with intentions to take over the entire administration." The indictment lists "Ali Tahsin Şahinkaya" as the number one suspect, with "Ahmet Kenan Evren" listed second.

THE MILESTONE, MAY 1ST,1977
The indictment also details the events that transpired leading up to the coup d'état. The incident which took place on May1st, 1977 in which 34 people were killed on May Day in Taksim, was cited as the beginning of the time period which stretched on to the 1980 coup. Kenan Evren and his compatriots are claimed to have knowingly not intervened in the societal incidents that followed in an attempt to lay the groundwork for a coup. The following is stated in the indictment: "The events, which were directed and devised by deep structures within the state intending to take over the administration, were terrorist events. The suspects had decided to stage a coup approximately one year prior. In any case, it is apparent that they intentionally did not intervene in terrorist events in order to legitimize the overtaking of the government through violent means."
NATION TRANSFORMED INTO AN OPEN AIR PRISON
The indictment refers to Turkey and Kenen Evren after the coup in the following manner: "The coup administration leader and current suspect, practically transformed the nation into an open-air prison both during and after the military coup, by eradicating all freedom of thought, by dictating what articles could or could not be released in the press and by forbidden political activities and shutting down political parties."One of the most significant items of evidence in the indictments was cited as being Operation Flag. The indictment states the suspects: ""Used weapons purchased with the taxes paid by citizens of the Turkish Republic and entrusted to them in order to defend the nation in violent means with intentions to take over the entire administration." The suspects completely eradicated the Constitutional order. The dominant authority which lay with the public, the judicial authority upheld by Turkey's Grand National Assembly and the duties of the president and his minister were overtaken through the use of weapons."