Erdoğan: Uludere incident will be brought to light 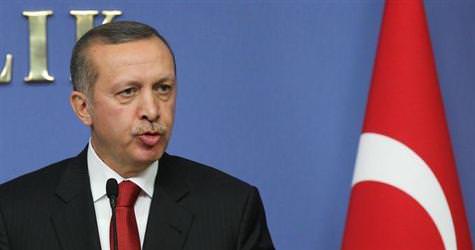 The AK Party has initiated a public opinion poll on the recent event which transpired in the Şırnak province of Uludere in which 35 citizens who were crossing the border were mistaken for terrorists. The order for the public survey came straight from Prime Minister Tayyip Erdoğan. Every month the AK Party has research companies conduct public opinion polls. This month they will be asking the public to share their opinion on the Uludere incident. The comprehensive survey, which will be initiated this weekend, will also include questions on other current developments in addition to the Uludere incident.
IS THE STATE AT FAULT?
The poll, which is expected to be completed within ten days time, will be questioning 5,000 people. According to the information obtained, questions will include, "How do you perceive the state's role in the Uludere incident?", "Do you think the state is at fault in the Uludere incident?" and "What is your approach on the speculative news that has surfaced in regards to the Uludere incident?" Once the survey has been completed, the information will be compiled into a report which will be presented to Prime Minister Erdoğan. By conducting public opinion polls every month, the AK Party is able to keep a pulse on the public's views on political, social and economic developments.
While not only are voter rates for the AK Party and other political parties determined through these surveys, citizens are also questioned regarding a variety of pertinent topics. The AK Party uses two different research companies to conduct these surveys. Once completed, the results are then evaluated by AK Party Deputy Chairman Hüseyin Çelik and the committee he chairs. Afterwards the findings are presented to Prime Minister Erdoğan at the AK Party General Headquarters. When Erdoğan establishes his policy on a variety of issues, he also takes into consideration the findings from the public opinion polls conducted each month.