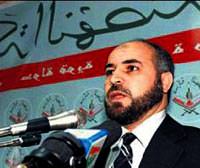 Fatih Rebii, the leader of one of Algeria’s strongest oppositional parties En Nahda, stated that he condemned the statements made by the Algerian Prime Minister in regards to Turkey.

Stating that he supports Turkey's Prime Minister Recep Tayyip Erdoğan's comments on the massacres staged in Algeria by France, Rabii went on to say, "By taking this stance against France, Turkey has given support to the Algerian public."
Fatih Rebii stated that Turkey's stance put forth on France should not be interpreted as interfering in internal affairs or benefitting from the blood lost by Algerians. "Why is it that those who are able to make such statements against Turkey have no courage to say anything against France," says Rebii.