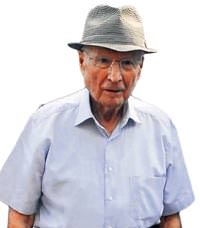 Ankara’s 12th High Criminal Court has accepted the September 12th indictment without waiting for the 15-day inspection period. The trial process for Kenan Evren and Tahsin Şahinkaya has begun.

While the debate of whether the former Chief of General Staff should be tried for planning a coup in the Constitutional Court or at the Special Authority Court has surfaced in Turkey, the Ankara 12th High Criminal Court has accepted the indictment against Kenan Evren for staging a coup while he was the Chief of General Staff and the Air Forces Commander at the time Tahsin Şahinkaya.

A reference to the Arab Spring
Ankara's 12th High Criminal Court has accepted the indictment which requests a life sentence without parole for Evren and Şahinkaya for "Forcibly altering the Constitution," without utilizing the 15 days allotted for inspection of the file. Special Authority Prosecutor Kemal Çetin began the court's acceptance of the 82-page indictment by offering a comprehensive definition and breakdown of democracy. Noting that democracy has a 2,500 year history, Prosecutor Çetin stated, "Nondemocratic oppressive regimes are crumbling one by one and now taking steps in the name of democracy. This situation has arisen due to the pressure exerted on the regimes' mainly as a result of the public's demands and uprising. In his portrayal, the prosecutor reminded of the 2011 "Arab Spring" which made its mark on the work.
Criticism of the 61 and 82 constitutions
The indictment, which refers to the three types of democracy as "pluralist", "majoritarian" and "Marxist" also contains a series of statements in the 'sovereignty' section which could spark debate. Prosecutor Kemal Çetin offered the following criticism on the sixth article of the Constitution which states, "Sovereignty is absolutely that of the Public. The Turkish public uses sovereignty, according to the principles put forth by the constitution and the official organs with their own hands: "In both Constitutions (1961 and 1982) there is a statement which states that sovereignty will be used by the hand of the official organs put in place according to the principles established by the Constitution. This situation is an indicator of that in the current system, democracy has still not been internalized, and that bureaucrats, who were not elected to their position nor gain their strength from the public still want to hold all the strings somehow. Those may appear to be democratic, however when things do not go their way or do not serve the ideology of the power groups they serve then they begin to seek out ways to interfere with the democratic administration."
'They waited for the opportunity to stage a coup'
The indictment also contained the following statements: "The suspects had decided to stage a coup approximately a year earlier, and they wanted to use any means of force to take over the nation's administration. They knowingly did not follow up on terrorist acts in order to legitimacy a military coup, and only acted when the incidents contributed to their intentions. In addition, the suspects waited for one year to seek an opportunity to stage a coup as they waited for the conditions to mature."