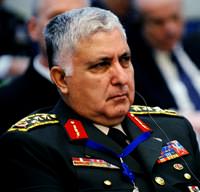 Commanders gathered today in order to discuss establishing an internal control system to eradicate all activities in the military that supersede routine. The objective: To instill transparency and compatibility with all civilian control standards.

The Turkish Armed Forces (TAF) is deliberating the issue of establishing an internal control system that will obstruct any operations that fall outside of routine regulations.

Chief of General Staff General Necdet Özel has issued an order for 'transparency' in all public finance administration and EU compatibility efforts. Within this framework all generals involved in internal auditing from the General Staff Headquarters, the Ministry of National Defense, the Land, Naval and Air Force Commanders, the Gendarmerie General Command and the Coast Guard Command have gathered together today to discuss establishing a new internal control system that will be compatible to civilian auditing standards.

If the internal auditing model in place in civilian establishments was implemented in the Turkish Armed Forces, then all 'non-routine" activities and correspondence would be eradicated. A comprehensive auditing system starting from soldiers' subsidies would result in instilling transparency.
According to the information obtained, certain TAF commanders are against establishing a new model and are expressing views in favor of protecting the current structure in place. An informative note prepared on the topic draws on 'internal auditors' that would conduct all controls on "performance, compatibility, system, the financial and data processing."

TAF armed forces commanders and especially the gendarmerie express that the TAF Supervisory Board and the Departments of Auditing and Valuation render the internal auditing unit ineffective.

The informative note prepared on the topic states the following: "Due to the concern that current status and capabilities may be lost, there is a resistance to transformation. However in accordance to the new financial administration understanding the auditing function has been clearly designated and within administration, internal auditing units will work in direct coordination with the superior administrator, while all external auditing of the public and Turkey's Grand National Assembly will be conducted by the Turkish Court of Accounts.