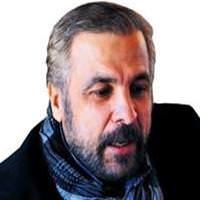 Former Turkish Armed Forces member and security analyst Mete Yarar states that the forces attempting to push out National Intelligence Organization (MİT) Undersecretary Hakan Fidan are from Middle Eastern nations that are uncomfortable with Turkey and expresses that Prime Minister Erdoğan will come out stronger in the process.

"There are certain logical errors in regards to the MİT undersecretary being called in to testify… First and foremost, we must thoroughly analyze the methods used by other intelligence agencies combating terrorism.

There are three nations that are especially involved in fighting terrorism on their homeland; the United States, England and Spain which of course, as everyone knows, are fending off the ETA, IRA and AL Qaeda organizations. Most recently, the CIA staged an operation involving the killing of Osama Bin Laden. There was mention of a doctor who infiltrated into the organization and facilitated Laden's capture. This operation was conducted until a result was reached. At present, the CIA is still battling the Taliban terrorist organization. It is well known that the Taliban holds meetings with the CIA and that they have been held in Istanbul, however in the U.S., no one asks the question, 'Why are meetings being held with the Taliban organization which have killed our soldiers?' No one questions this. When intelligence operations are planned, there is no difference between the start and the results. However for many, the course followed in the beginning could be contradictory. The whole point is to look at the conclusion. MİT's meetings with the PKK should not be questioned!

There have been a series of successful operations in recent months. The militants captured were high-level PKK members. The state structure which conducted such operations was none other than the MİT, having infiltrated the KCK. While the PKK was being eradicated step by step, foreign secret services went ahead and pressed the button. They have tried everything in their power to harm the MİT."
Unsubstantial news articles and a series of manipulations have taken the issue to the point of portraying the National Intelligence Organization as working against the state. As a result, the Turkish government will take the necessary measures. They will revise the system and in the end both Prime Minister Erdoğan and the nation's politics will become even stronger."