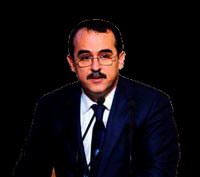 Turkey’s Grand National Assembly held a General Assembly in order to discuss certain amendments on the Law involving requiring the Prime Minister’s permission for investigations to be opened into National Intelligence Organization (MİT)members or other civil servants specially appointed by the Prime Minister.


A second article was also added to the bill as well as to the National Intelligence Organization Law. This article states that permission will also be required by the Prime Minister for investigations that were initiated prior to the release of the regulation. In this context, if the Prime Minister does not grant permission, then the investigation into MİT Undersecretary Hakan Fidan as well as the other MİT members who participated in the Oslo meetings may be discarded.

MİT WOULD DO ANYTHING FOR NATIONAL SECURITY

Minister of Justice Ergin states that ever since the PKK terrorist organization's leader was brought to Turkey in 1999, all political parties in power have had the military and intelligence security bureau meet when necessitated. "Up until now we have held these sorts of meetings and in the future, if necessary we will continue to do the same."
When asked what intelligence units discuss with terrorist organization leaders, Ergin stated, "If these meetings resulted in establishing the groundwork acceptable to the Turkish Republic State, then we would have brought the issue to parliament and taken action."
However, explains Ergin, these meetings sometimes result in unimaginable demands, "As long as these proposals remain unfulfilled, the one who brings it up tends to be held responsible. Our intelligence units that hold these meetings never exert any sort of prompting on the issue to our government. There is in no way any such case of our government making any promises or any sort of commitment. This, I clearly profess."