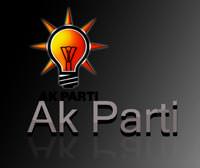 According to recent surveys, the AK Party has gained a 3.32 percent increase in the distribution of votes, bringing the percentage of voter support up to 53.15 percent. Main opposition party CHP on the other hand suffered a 6.16 percent loss of voter support.

According to February figures from a Political Trends and Agenda poll conducted by SONAR Research, if an election were to be held today, the AK Party would receive 53.15 percent of the vote. Based on September figures from the same poll, the AK Party, which had 52.8 percent of the votes in a September poll, has seen an increase in support by 0.35 percent over the past five months. Most notably, support for the AK Party has increased by 3.32 percent overall since the June 12th elections. Figures from February's poll also reveal that CHP, whose voter support rate was at 19.82 percent, has dropped by 2.58% compared to September figures, while MHP, which received 16.01 percent in voter support, saw an increase of 1.99%.

SONAR Research Firm conducted the survey by questioning a total of 3,000 people face to face in 26 provinces and 30 villages. The Political Trends and Agenda Survey is conducted regularly by Sonar and provides a picture of how the votes would be distributed if an election were to be held today. February's poll showed that the AK Party has now secured 53.15 percent of voter support, which is over a 3.32 point increase from the 49.83 percentage of votes the AK Party received in the June 12th elections. In the poll prior to this latest survey held by Sonar in September, the AK Party had acquired 52.80 percent of the public's support. Accordingly, the AK Party's voter support rate has increased by 0.35 percent over the past five months.

CHP ON A DOWNWARD SLOPE, YET MHP IS ON THE RISE

According to data from the research, CHP received 19.82 percent of voter support from poll participants. In the June 12th elections, CHP had received 25.98 percent of the vote. SONAR's September poll results showed CHP had 22.40 percent of voter support. However, just five months later, CHP has suffered a significant drop in public support at a 2.58 percent loss of potential votes. Support for MHP on the other hand appears to be on the rise. According to findings from the latest survey, with 16.01 percent of the vote distribution, MHP has seen a 2.61% increase in public support since the June 12th elections. In SONAR's September poll, MHP received 14.10 percent of potential votes.

When asked the question, "What are your economic expectations over the next six months?" poll participants tended to paint a positive picture. While in December 53.60 percent of those questioned answered, "It will be worse than today", in February the rate of participants that answered the very same question dropped to 50.40 percent. Meanwhile, the rate of those questioned that answered, "The economy will be better than today", which was at 18.2 percent in December, dropped to 16.40 percent in results from February's poll.

The percentage of those that responded by saying "The economy will remain the same," increased by 3.6 percent. When questioned on the government's success rate, the February figures increased to 51.40% from 50.40% from December. The percentage of those questioned who find the government to be unsuccessful has increased from 27.60% in December to 30.60% in February. According to those surveyed, the biggest problem in Turkey is 'Costliness'. Out of those questioned, 71% listed 'costliness' as the worst problem in the nation, while 58.40% listed 'unemployment' and 52.4% selected 'terrorism' as the nation's biggest problem.