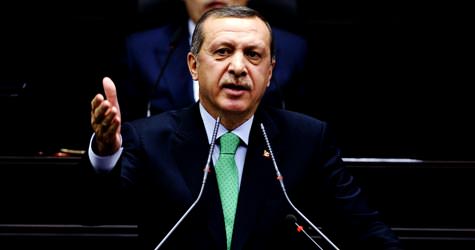 Speaking on the 15th anniversary of the start of the Postmodern Coup, Prime Minister Tayyip Erdoğan stated, “History will never forgive the architects of February 28th. As victims we stand before you, however the February 28th architects cannot face society.”

Prime Minister Erdoğan delivered the following messages during his address to the AK Party Group at Turkey's Grand National Assembly:

THE FEBRUARY 28TH VICTIMS ARE HERE

"February 28th remains to be a dark stain on our democratic history. What is now called the postmodern coup has been etched in people's minds as a tragedy for democracy. We are here standing before you in pride as victims of the February 28th coup. You are here standing with great pride as February 28th victims. As a victim of the February 28th intervention, Turkey's Grand National Assembly is here today representing the will of the public with honor and pride. The architects of February 28th, who thought they would last four a thousand years, have since within the past 15 years, been forgotten and erased from history. Society has since pushed them aside, using the back of their hands.

The price this nation, society, democracy and economy have had to pay is continuously questioned and will continue to be so. Turkey's democracy today is a extremely powerful and we will continue to struggle against those that want it to come to an end."

During his address, Prime Minister Erdogan told a story from the February 28th postmodern coup era in which two girls endured psychological torture for wearing headscarves. Erdogan stated that those responsible for oppressing the civilian public will have to pay. Turkey has left those dark days behind them, Erdogan said and emphasized that there is now a strong democracy in place in which human rights are respected.