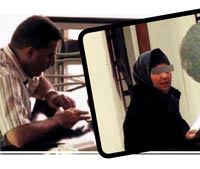 MİT has stopped a kidnapping attempt by Syrian secret service al-Mukhabarat members from a refugee camp in Hatay of the Free Syrian Army leader Colonel Riad al-Assad. The woman in charge of organizing the abduction and those aiding her have been detained.

Turkey's National Intelligence Organization (MİT) staged an operation of the likes of a spy film scenario to stop an abduction of one of the men responsible for organizing the resistance in Syria, Free Syrian Army (HSO) Leader Colonel Riad al-Assad, Brigadier General Mustafa Eş Şeyh and a number of other opposition force officers from the Apaydın tent city set up in Hatay's Altınözü district.

According to information obtained by SABAH's Special Intelligence Department, the event unfolded as follows: A Syrian woman named Suhila Tafnkjı arrived to Hatay with intentions to abduct members of the opposition to the Bashar al-Assad regime for Syria's secret service the al-Mukhabarat and return them to Syria. Mamdouh al-Moustafa, also Syrian, was to assist her in the operation.

The female agent began by obtaining a list of everyone staying at the Apaydın Camp, in order to collect information on the Syrian opposition members staying there. She made a number of promises that high-level Syrian officials would be paying out extortionate amounts to certain individuals. However, Tafnkji was tracked down trying to gather intelligence by the MİT, who was following her accomplice al-Moustafa at the time. 'The Syrian female agent Tafnkji, al-Moustafa and Turks that were assisting them were arrested on February 25th. When apprehended, Tafnkji was carrying notes on the abduction planned for Colonel Riad al-Asad, Brigadier General Mustafa Eş Şeyh as well as a number of other Syrian officers. She was also holding documents that verified her involvement with al-Mukhabarat. According to information released, those detained will be tried on charges of spying for Syria.

STAGING A PROTEST AGAINST ERDOĞAN

On October 16th, 2011 MİT also foiled an attempt to abduct Ibrahim Harmoush, the brother of Syrian military defector Colonel Husein Harmoush as well as other Syrian defectors. Upon information from MİT, police caught al-Mukhabarat member Sbahi Hamdo, who goes by the name 'doctor', red-handed when he was handing over a list of those to be abducted to his connection in Turkey. Hamdo was supposedly working on order from Assad to gather intelligence of the Syrian's staying in the tent city located along the border. It was also revealed that Hamdo had plans to stage a protest during Prime Minister Recep Tayyip Erdoğan's trip to the region and was hiring unemployed drug addicts to throw stones for provocation. Video recordings considered to be; "a potential threat to national security if obtained by hostile nations and footage that could be used in planning an event" were confiscated from Hamdo's telephone.
Hamdo was arrested in October and brought to the Antakya Prison; he will be tried by an indictment charging him with spying.
This is a translation of an article originally written by ABDURRAHMAN ŞİMŞEK