PM Erdoğan: “Terrorists will never win against a democratic Turkey” 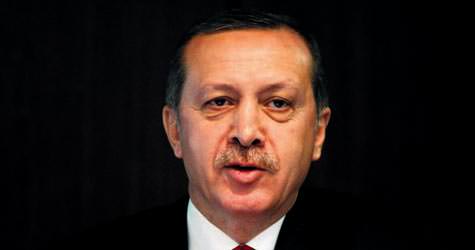 Prime Minister Erdoğan qualified yesterday’s bomb attack as being ‘extremely meaningful’, and stated, “No one has the strength nor will ever have the strength to slow Turkey down on its blessed path."

Prime Minister Recep Tayyip Erdoğan was delivering an address at a promotional event for Turkey's new lira symbol at the Central Bank, which he began by stating, "I want to wish those who were wounded in the explosion in Beyoğlu and our entire nation a quick recovery."

Erdoğan went on to state, "The murderers who staged this attack should be aware that they will never achieve their goals. They will never be able to harm this nation's stability, unity and fraternity.

Today, we celebrate this period of stability and economic development together. However, the fact that this type of attack was staged at a time when Turkey's economy is not only growing but is also displaying a successful performance in the global crisis is extremely meaningful.

Nobody should continue these attempts, they are all in vain. No one has the strength nor will ever have the strength to slow Turkey down on its blessed path or to disrupt the nation's stability. We will continue to fight terrorism with the highest determination. I believe that with the nation's support and their prayers for prosperity and with the coordination of all of the country's institutions and all of the state's security forces, terrorism will continue to diminish as each day passes."

Emphasizing that the perpetrators will be caught and brought to justice as soon as possible, Erdoğan expressed his sympathy to the wounded police officers and civilian and wished them a quick recovery and also offered his best wishes to the nation and the police department in recovering from this unfortunate incident.