Murdoch to invest in Turkish media 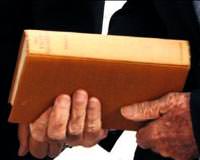 During the meeting which lasted an hour and ten minutes, Murdoch shared with Erdoğan his intentions to invest in the nation and stated: "We want to expand our programs in Turkey. We see Turkey as an important country from a media standpoint. We hope to expand our investments here." Murdoch was accompanied by former parliamentarian Engin Güner for the meeting.

Upon his arrival, Murdoch was carrying a book entitled, "The Empty Ouarter", which he later gave to Prime Minister Erdogan as a gift.

English writer John Bridger Philby wrote the book which describes the Rub 'al Khali desert in Arabian peninsula. Philby was a British colonial intelligence officer during World War I, yet died a Muslim in Lebanon in 1960.

Prime Minister Erdoğan also welcomed Iraqi leader Ayad Allawi. Prior to Erdoğan's arrival to the Prime Ministry, 20 security detail were on duty to search the area with dogs following a noise bomb that went off prior.