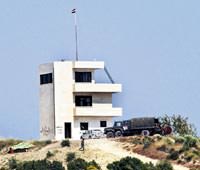 The internal strife and influx of refugees resulted in Turkey announcing on Friday that they may set up a ‘buffer zone’. "We are evaluating setting up a buffer zone and a security zone," Prime Minister Tayyip Erdogan told reporters, adding that this was not the only proposal under consideration.

With the increasing turmoil in Syria, which has entered its second year of unrest, neighboring Turkey is now beginning to lay a series of options on the table. The number of Syrian refugees that have fled Syria for Turkey has now reached 16,000 and is expected to rise significantly in the upcoming days with estimations anywhere between 50,000 to 100,000 and higher. A buffer zone may be established in the Kilis and Hatay border regions and may even exceed the border. Potential measures such as these were discussed during the security summit chaired by Prime Minister Erdogan in Istanbul on Saturday, March 10th.

Responding to a question on a potential buffer zone yesterday, during his exit from the Friday prayer, Prime Minister Erdogan stated, "We are evaluating setting up a buffer zone and a security zone. It would be wrong to consider the options from a single angle," stated Erdogan, who went on to explain: "There is a new resolution being created by the U.S. and Russia that may be brought to the UN Security Council. However, before any of that, we will be hosting the April 2nd Friends of Syria Group meeting in Istanbul. This meeting will be extremely wide-scale; however will be much more focused on reaching a solution. I believe that the Istanbul Summit will produce extremely different results directed towards the future."
Prime Minister Erdogan also mentioned the current preparations being made in Hatay and Kilis in order to support a potential wave of refugees. "Our preparations for the container (temporary home) camp we will be setting up in Kilis are almost done. When completed, we will be moving the tent camp in Hatay to the temporary home camp, including places of worship, schools and areas to socialize if necessary."