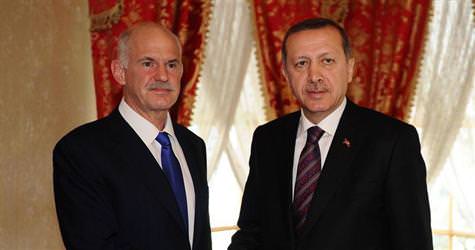 During the meeting, Papandreou expressed how pleased he was to have this opportunity to speak with Erdoğan. Papandreou stepped down from his position as Prime Minister of Greece during the debt crisis last November and more recently on March 19th handed over the PASOK leadership to Evagelos Venizelos. Speaking with Erdoğan, Papandreou stated, "I have less stress. There are still a lot of things I have to do, however I feel freer."

The meeting between Erdoğan and Papandreou was closed to the public. Upon Papandreou's exit he stated that the meeting was extremely constructive and explained that the two leaders discussed developments in the Arab world as well as the Syria issue.