All citizens tagged by commander in coup 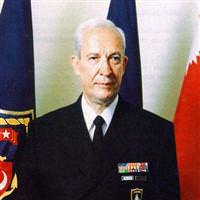 Güven Erkaya, the Naval Forces Commander during the February 28th era, requested information on the political beliefs of all governors, mayors, foundation and association directors in addition to administrators from all schools and press establishments.

As Prime Minister Recep Tayyip Erdoğan referred to his own experience during the February 28th post-modern coup during an AK Party group meeting yesterday, recalling how he was imprisoned for reciting a poem and had been indexed himself, Sabah was busy acquiring documents from the Western Study Group which includes indexing details on the nation's governors and mayors at the time.

Known as being the leader of the Western Study Group, Naval Forces Commander at the time Güven Erkaya's orders for the indexing of governors and mayors according to their political beliefs and tendencies is clearly detailed in the May 5th, 1997 document which requests the information be relayed to the Western Study Group headquarters.

Those targeted by the Western Study Group were not limited to governors and mayors. Under the title 'Western Study Group Information Needs', information is requested on all directors of establishments and foundations in every province in Turkey. Information was also requested on all foundations, associations, professional organizations, labor and employers unions and confederations and their directors as well as on all school, institutes and high education school administrators, district assemblies and their members, all district political party administrative staff as well as all local television, radio, newspaper, magazine and all other press or publication related establishments.