A scalpel to the military code’s coup article 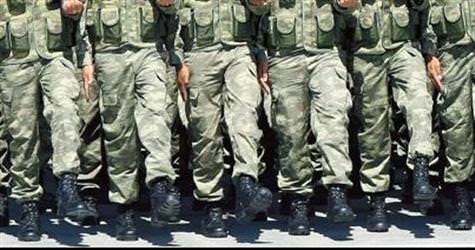 Claimed to provide legitimacy for military intervention, the infamous 35th article of the Turkish Armed Forces’ Internal Service Code is soon about to change.

The term to 'protect and watch over the Republic', will be removed in an amendment which will include a redefinition of the TAF's duties. Meanwhile, the factor of 'external threat' and the principle of 'defending and protecting' this nation's citizens' will be added to the article.

This will be the government's most critical step to eradicate the coup mentality and to challenge attempts at military intervention. The amendment will be a 'civilian adjustment' on the Turkish Armed Forces' famous 35th article in the Internal Services Code, which has been used as legal basis for coup's, issuing military memorandums and other forms of military interventions.

With the removal of the term 'to protect and watch over the Republic' from the code, the TAF will now be able to break away from the role as the 'regime's warden' and focus on their true responsibility of defending the nation.

The attempt to use the 35th article as legal basis in the defense presented by Kenan Evren the Chief of General Staff during the September 12th, 1980 coup and by former Deputy Chief of the Turkish General Staff Çevik Bir in connection to the February 28th case has proven once again the necessity of altering the article.

As a result, the government has decided to put a 'scalpel' to article 35, which is claimed to grant legitimacy for military intervention, with the cabinet's jurist ministers laying the article on the table. The amendment, which happens to coincide with the ongoing coup trials at present, will very soon be presented to the assembly as a government bill.

The 35th article of the TAF's Internal Services Code, designates the function of Turkey's Armed Forces. The article establishes the boundaries of the TAF by stating, "The function of the Armed Forces; to protect and watch over the Turkish Republic as designated by the Turkish nation and its Constitution." It is this provision precisely that military members have presented as legal basis for staging military intervention in the past. The government's efforts are to offer a civilian adjustment to this provision. Parallel to drafting a new constitution and National Security Policy Document, the TAF's duties will also be revised. The expression in the military code which assigns the armed forces with the duty of protecting and watching over the Republic, will be removed and instead TAF's new duties will be focused on foreign interests and threats and limited to 'protecting and defending the Turkish country.'