A new era for Turkish intelligence 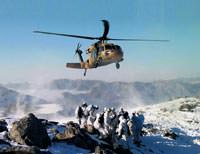 Turkey’s various intelligence units have now been integrated into the Operational Information Sharing System, which will allow for the General Staff, Gendarmerie, Police Department, National Intelligence Organization and the Foreign Affairs Ministry to stage simultaneous operations based on shared intelligence.

SABAH is providing the details on the biggest reform in the nation's intelligence system to come since the General Staff Electronic Systems Command (GES) was transferred from the Turkish Armed Forces to the National Intelligence Organization (MİT). The crucial purpose of this reform is to develop a mutual information pool system, recently established, however will continue to become increasingly more effective. Referred to as the Operational Information Sharing System (OBİPAS), this mutual information pool will improve the coordination between all of the state's security and intelligence establishments. The computer web system set up following the appointment of MİT Undersecretary Hakan Fidan has been actively used in efforts to prevent terrorism attacks, especially by the PKK.

After the death of 34 villagers mistaken as terrorists in Uludere and the GES Command being transferred to MİT, the system has become increasingly effective. Personnel from the General Staff, National Intelligence Organization, Gendarmerie, Police Department and Ministry of Foreign Affairs track the system which operates in code 24 hours a day.

The system, designed to efficiently obtain intelligence in order to initiate operations in the fight against terrorism, locates PKK shelters and organized point operations in as short time as possible.
In the former system, when the Turkish Armed Forces received information on PKK shelters, they would then have to confer with the MİT, which would result in a loss of time and would delay operations. With OBİPAS, critical responses are received quicker. However, every form of intelligence added to the system is not considered to automatically be accurate. When it comes to terrorist locations especially, intelligence received must be confirmed by data from unmanned aerial vehicles. When it comes to operations involving bombing, information obtained from unmanned aerial vehicles gain even more significance than human intelligence.