Half of the PKK consists of children 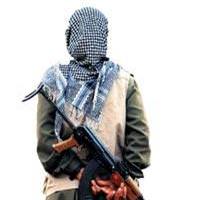 A report prepared by the U.S. Department of State dealing with ‘Child Militants’, includes the PKK which it states consists of 38 percent of members under the age of 18.

According to a Human Rights Report prepared by the United States Department of State, the PKK terrorist organization's wing in the mountains continues to bring in children, with almost half of the members now under the age of 18. The 2011 report also states that the number of deaths and injuries sustained by security forces in the fight against terrorism has more than doubled compared to the toll from the year prior. The death toll and number of wounded civilians has also increased since 2010. Reports from security forces in Turkey (military, police and gendarmerie) reveal that in the first ten months of the year, 31 civilians were killed and 53 wounded in combat related to the fight against terrorism. In the first ten months of the year, 220 security force members were killed and 475 wounded. Meanwhile, 303 terrorists were killed and five wounded, with the majority of combat taking place in the Southeast.

In the section entitled 'Child Militants', based on information from an academic research, it states; "The PKK regularly brought in children to join the terrorist group. Thirty-eight percent of PKK members are under the age of 18."

The report also brings up the fact that in January of 2010 the European Committee for the Prevention of Torture (CPT) paid a visit to Abdullah Öcalan at İmralı. The report wrote that the CPT found Öcalan's conditions in custody to have improved since 2008 and noted that Öcalan had last seen his attorneys and family in July.