If a referendum was held on abortion… 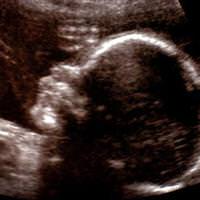 Bahçeşehir University has released the results of a 20-year study on Turkey’s perspective on abortion.

The study released by Bahçeşehir University sheds light on Turkey's perspective on abortion, a topic of debate recently ignited by Prime Minister Erdoğan's statement that he believes abortion equates to murder.

The study, conducted by Prof. Dr. Yılmaz Esmer at the Bahçeşehir University Economic and Societal Research Center (BETAM) entitled 'Turkish and European Public Opinion Survey 1990-2011' shows that over the past 20 years there has been a 50 percent decrease in support for abortion.
In 1991 support for abortion was at 60 percent

According to Prof. Yılmaz Esmer's evaluations, if a referendum were held today against abortion, it would receive significant public support.

"If the Prime Minister had brought up the issue of abortion 20 years ago, it may have not been received well. However, it appears that there is now a significant increase in those that are against abortion. If this had just been three to five percent, we would have said it was due to an error in the study, however when there is a 30 percent deviation, it then appears that the public's stance is the same as the Prime Ministers," says Esmer.