PKK continues to execute own members 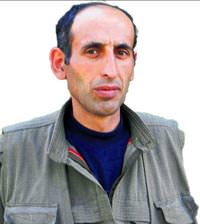 The body of Musa Bostan, a terrorist the PKK said was killed in conflict in Uludere, later surfaced in Kandil. It turns out Bostan was brought to Kandil heavily wounded, where he was executed by the terrorist organization.

On May 24th, the PKK announced on their website that on May 19th three organization members had been killed in conflict in Şırnak's Uludere district. Musa Bostan, who went by the code name 'Welat' was one of the three terrorists stated to have died that day. The terrorist's family, who live in Switzerland, were shocked upon hearing the news and immediately arrived to Turkey accompanied by other relatives in order to deal with the funeral proceedings for their son. The Bostan family suffered another shock however when they went to the Forensics Department morgue in Malatya to pick up their son's body, however he wasn't there.

The Bostan family proceeded to try to contact the terrorist organization to determine the whereabouts of their son. According to the information they received, Musa Bostan had been heavily wounded in Uludere and was then brought to a PKK camp in Kandil. There it was decided Bostan would not be able to recover and instead he was killed and supposedly buried. The Bostan family proceeded to go to Kandil in North Iraq to recover their son's body. However, there they were told by PKK leaders that he had been buried already and he couldn't be handed over as this was 'procedure'. Organization leaders also refrained from responding to the family's questions regarding how their son, who was supposedly heavily wounded, was brought all the way to Kandil. When the Bostan family was unable to recover their son's body they ended up returning back to Turkey.