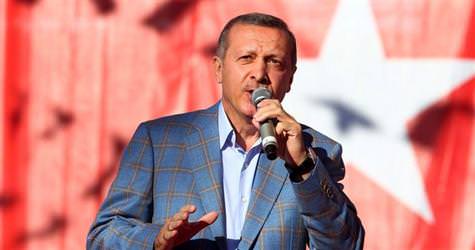 According to a survey conducted by Genar, if an election was held today the AK Party would come in victorious with 51.1 percent of the vote.

According to the Genar Research Firm, results from a poll that surveys the Turkish voters' perspective on social, economic and political issues, shows if an election were held today, the AK Party would win with 51.1 percent of the vote, while CHP would come in second with 24.5 percent of the vote and MHP in third with 12.4 percent.

A selection of the results obtained from the poll derived from 2,210 participants from 16 different provinces is as follows:

If a general election were to be held today, the AK Party would receive the lion's share of the results with 51.1 of the vote, while CHP would receive 24.5 percent, MHP 12.4 percent and BDP 6.6 percent.
By a 73.4 percentile, those polled expressed that they had the most faith in the nation's "Law Enforcement Agency". The "military" followed with 72.2 percent, while the "Presidency" came in as the third most trusted institution. According to the poll, the 'media' was the least trusted state institution with just 43 percent of public support.

Responses to a question on who would be the preferred figure to fulfill Abdullah Gül's presidential position in 2014 showed that 40.7 percent of participants wanted "Recep Tayyip Erdoğan" to take over the position. Out of those surveyed, 6.4 percent chose Kemal Kılıçdaroğlu, 5.5 percent chose Deniz Baykal and four percent selected Devlet Bahçeli.

Poll results revealed that participants are approaching the "Presidential System" with caution. Out of those questioned, 26.3 percent believe it would equate to "Single-person administration and dictatorship" and 10.7 percent believe it is an "American system".

While 34.4 percent of voters believe the Presidential system would be beneficial for Turkey, 43.6 percent feel it would be harmful.

Fifty-seven percent of participants responding to a question regarding previous coups stated that they did not believe the Ergenekon and Balyoz cases were being run fairly, while 68 percent offered support to the September 12th, February 28th and April 27th military intervention trials.