Davutoğlu: Syria needs a regime at peace with its public 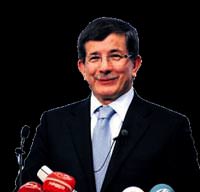 Foreign Affairs Minister Ahmet Davutoğlu states, "The right thing for us in Syria is for an administration to be formed that supports the public will, is strongly grounded in legitimacy and is at peace with its own people.”

Davutoğlu was responding to questions from the press after participating in a panel for the Islamic Studies Department opened by Istanbul Şehir University. Davutoğlu stated that the meetings Prime Minister Erdoğan held in Russia were extremely productive. When asked if "Russia was persuaded?" Davutoğlu responded by stating: "It is not right to perceive that either nation will attempt to use persuasion in Turkish-Russian relations. Negotiations are made and then we are faced with such a dynamic tableau that nobody should ever consider that that actor was persuaded. We are trying to determine what is best through mutual deliberations.

The right thing for us in Syria is for an administration to be formed that supports the public will, is strongly grounded in legitimacy and is at peace with its own people. In principle, Russia supports this perspective and supports the Syrian public in determining their own administration for the integrity and sovereignty of the land," stated Davutoğlu.