Ankara keeps a close eye on the Kurds in Northern Syria 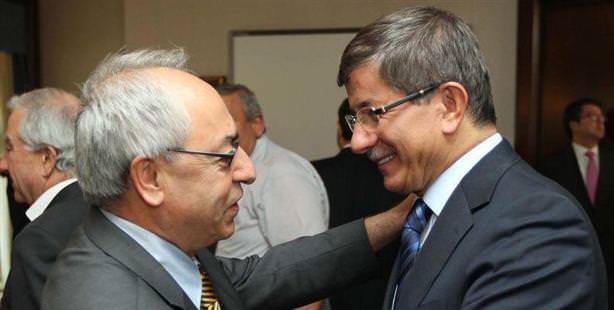 Ankara, which has been playing in influential role in organizing the Syrian opposition abroad, has been struggling for awhile now to ensure the Syrian Kurds are included in the Syrian National Council. In fact, ever since the formation of the Syrian National Council, Turkey has wanted Syrian Kurds to be included. However, distance was kept with the PYD, which are known for their organic connection to the PKK terrorist organization. It was for this reason; the PYD was not invited to join the organization. PYD, on the other hand is the oldest and strongest formation amongst Syrian Kurds.

Foreign Affairs Minister Ahmet Davutoğlu and his team have believed from the start that Syrian Kurds would join the opposition. They do not perceive their hanging of flags in a few districts as being any sort of threat. Turkey collaborated with Barzani in order to integrate Syrian Kurds into the opposition. The foundation of this collaboration was laid during Barzani's trip to Turkey after his return from the United States. Barzani, who wants to protect his leadership of the Kurds, is not ecstatic about a Kurdish formation which could decrease his power in the region; however he also does not have the luxury to turn his back on the Kurds. Especially during the time when tension had escalated between Baghdad and Erbil and talk of independence had intensified, Barzani took on a more effective stance against the PKK. Ankara feels that Barzani has kept his word.

The general assessment in Ankara is that Assad handed over the keys to Kamışlı and its surroundings to the Kurds out of necessity. That is because; step by step he is losing the administration.
In other words, in order to hone in on the Sunni's, Assad let the Kurds act independently there. However, there are some who contradict Davutoğlu and his team's sentiments. In fact, for over a year now, Ankara has been receiving warning notes form Turkish embassies throughout Europe regarding the organization of Syrian Kurds.

A majority of Syrian Kurds feel that the Baath regime's attempts at Arabization are now being perpetuated by the Muslim Brotherhood.
In addition, there are a high number of Nusayri in the PYD. That is why Syrian Kurds are maintaining their distance from a new Syria run by the Muslim Brotherhood. They are also distant from Turkey. Syrian Kurds most recently displayed their stance at the meeting in Cairo by walking out. According to the Kurds any efforts to bring the Kurdish National Council and the Syrian National Council have not reaped results. Yet form the perspective of a number of Arab nations and primarily Turkey this unification has been quite successful. According to this group, sooner or later there will be a Kurdish settlement in Syria.