‘Northern Syria’ is a psychological campaign 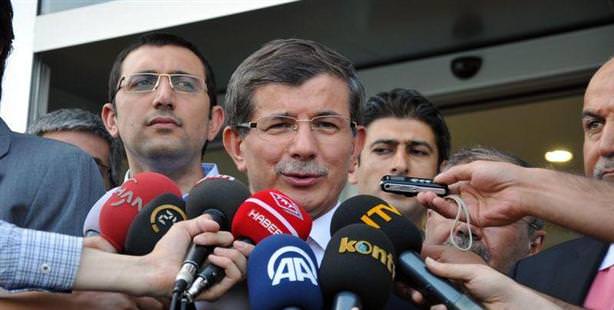 Foreign Affairs Minister Davutoğlu recently expressed that there are intentions to instigate fear by claiming there is a region where Kurds have settled in Northern Syria, whereas in fact there are not an overwhelming number of Kurds residing in the areas where they have supposedly raised their flags.

Foreign Affairs Minister Ahmet Davutoğlu was speaking on a television program broadcasted by Kanal 24 when he stated, "Today, there are no longer any actors who still believe that Bashar Assad's presence in Syria is permanent. Everyone has begun making plans for a new administration," stated Davutoğlu who went on to exclaim that the 'Northern Syria' situation is simply a psychological campaign.

During his talk, Davutoğlu relayed the following messages:

"There are no longer any international or interior actors remaining that believe Bashar Assad will remain in power in Syria. Everyone has begun making plans for the new administration.

At present, Turkey is the prime actor who will be determining how Syria's future plays out. What harms us the most is that Turkey is being depicted as approaching the issue based on other nations' concerns.

Opportunists and provocateurs tend to surface during these times of chaos. They have no intentions of bringing democracy to the Syrian public. They also have no objectives or visions for our Kurdish brothers.

The spreading of the perception that a 'Northern Syria' is being born by certain press organs is a psychological campaign. Attempts are being made to instigate the fear that Kurds have now settled along the entire Syrian border. This is unnecessary."

"WE ARE CONCERNED FOR ALEPPO"

Meanwhile, arriving in Konya yesterday, Foreign Affairs Minister Davutoğlu expressed his concern regarding the developments in Aleppo. Mentioning that the tension in Aleppo has been exacerbated due to the use of the Air Force and heavy weaponry, Davutoğlu said, "We are concerned there may be developments leading to a significant loss of life over the next few days."

General Menaf Tlass, the former Commander of the Syrian Republican Guard, has announced he will be making contact with all sides in order to prepare a road map to lead Syria out of this crisis. Speaking to Jeddah's Asharq Al-Awsat newspaper, prior to his arrival to Ankara, Menaf Tlass stated that there has been a difference of opinion with the Assad regime's policy regarding the crisis, since its very start. Menaf Tlass went on to state, "I am not in pursuit of being in power. I am trying to establish security and stability in Syria. And if just like any other Syrian civilian, I have the opportunity to contribute to rebuilding Syria, I am ready to do so." Tlass also mentioned that he last met with his childhood friend Assad a year ago.