Davutoğlu speaks out on Syria 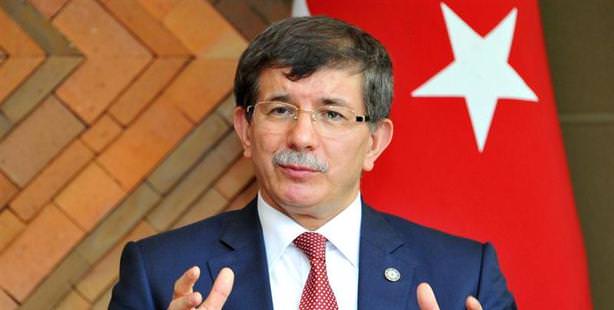 Foreign Affairs Minister Ahmet Davutoğlu spoke out against speculation that terrorist groups may establish a Kurdish state in northern Syria.

Foreign Affairs Minister Ahmet Davutoğlu "We will not let any terrorist groups prosper along our borders, whether they are al-Qaeda or the PKK. Both are seen as a threat and all measures will be taken to stop them," Davutoğlu said.

Foreign Minister Ahmet Davutoğlu criticized the recently surfaced 'Northern Syria' concept at a fast-breaking dinner late July 29 with Ankara news bureau chiefs. "The zone stretching from Qamishlı to Latakia does not consist of a single ethnicity. Just because a few Öcalan posters were put up in the two cities, doesn't mean they are painting the whole town red." Davutoğlu also stated that the stance put forth by Massoud Barzani, the leader of the Northern Iraq Regional Kurdish Administration, is simply not enough.

Explaining that they realized from the start that the situation in Syria was going to be more challenging than Libya and Egypt, Davutoğlu stated, "What is happening now should not be. Syria should be experiencing a healthy transition." Davutoğlu went on to state that Ankara has been speaking with Assad over the past nine months, and when it comes to Syria they only have three options: "Standing behind Assad", "Engaging in a 'we are not involved' policy" and "What we are trying to do now".


A total of 677 officers have defected to Turkey, including 26 generals, Davutoğlu said explaining that there have even been Alawis amongst the latest Syrians to enter Turkey. "The military is falling apart step by step."

Davutoğlu also mentioned his impending trip to Erbil next week, by stating that Barzani comes to Turkey twice a year, whereas Turkey has yet to go. "We had to move the trip up earlier in order to discuss recent developments. This will be a trip intended to consult and share perspectives with one another." The foreign minister also added, "Barzani had pledged his support against terrorism. The regional administration did take on a more definitive stance following their trips to Turkey; however it is not enough for us."

Noting that every morning he is briefed on what is transpiring throughout Syria, Davutoğlu stated that there is no way they will allow any sort of terrorist organization, whether it be the PKK or Al Qaeda to be harbored along the Turkish border. "This would be considered a cause for self-defense. We have every right to take any precautionary measures. This situation should absolutely never be inferred as policy against our Kurdish brothers. The Kurds have been living there for centuries and will continue to do so. We have always defended the rights of our Kurdish brothers. We have never considered them to be a threat and we never will. They are our relatives divided by an artificial border."