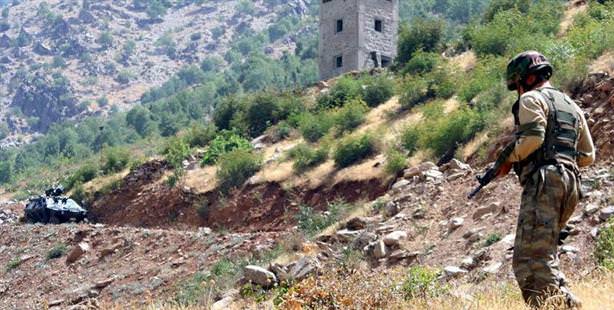 In an announcement in connection to the recent attack on three outposts in Hakkari, Minister of Interior Affairs İdris Naim Şahin stated that security forces have killed 115 terrorists in operations that have been ongoing in recent weeks.

Şahin made the following announcement in connection to the attacks in Hakkâri and the ongoing operations in Şemdinli: "As of yesterday, findings show that in operations staged since July 23rd-24th, 115 terrorists have been rendered inactive. Operations were concentrated mainly from the air. Our security forces also took measures to prevent the terrorist organization's militants from crossing back into Northern Iraq."

Şahin also remarked, "In conjunction with the developments in Syria, another aim of the separatist terrorist organization is to create a vulnerable zone in Turkey."