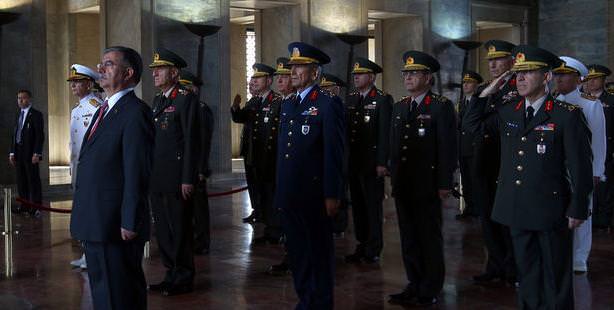 The Turkish military retired all 40 generals and admirals currently jailed facing charges of conspiring against the government in a further sign of greater civilian control of the once all-powerful army.

President Abdullah Gül approved a decision at the end of a four-day meeting of the Supreme Military Council (YAS) to retire 55 generals and admirals, the General Staff said on its website on Saturday.


The list included all 40 commanders jailed in connection with the "Ergenekon" and "Sledgehammer" trials involving hundreds of defendants accused of trying to bring down the government.

The decision marked a departure from last year's tumultuous YAS when the top four commanders quit before the meeting even began to protest the jailing of hundreds of officers, including 20 percent of the military's generals.