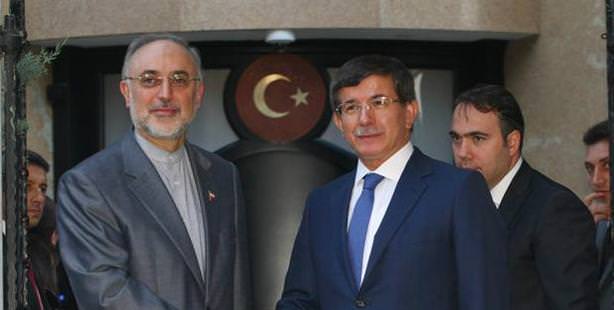 Although Iranian Foreign Affairs Minister Ali Akbar Salehi arrived to Turkey to seek support for the release of 48 Iranian pilgrims who were kidnapped in Syria on Saturday, he was instead greeted by his counterpart who delivered a message reminiscent of an ultimatum. In response to the Iranian top general's remarks blaming Turkey for the bloodshed in Syria and warning it would be next, Foreign Affairs Minister Ahmet Davutoğlu told Salehi "the statements made by Iranian officials blaming Turkey for what is transpiring in Syria is unacceptable."

Upon Davutoğlu's response, Salehi first said to only rely on official statements and later placed blame on the news agencies that printed the remarks. Unsatisfied by the Iranian Minister's response, Davutoğlu went on to state, "No one can threaten Turkey. We have been bordering neighbors for years now. Do not test this."

ASSAD WAS NOT DISCUSSED

The three hour meeting began at 19:00 and then went on following the iftar. According to the information obtained, the two ministers discussed the situation in Syria however did not comment on the post-Assad transitional period.

The meeting between Davutoglu and Salehi was of course overshadowed by the remarks made by the Iranian Chief of Staff Hassan Firouzabadi who said Turkey, Saudi Arabia and Qatar were acting under the influence of the U.S. and stated, "If these countries continue with their existent approach to Syria, they should know that Turkey as well as the others will be next in line,"

As soon as Salehi stepped down in Ankara, Turkey's Foreign Affairs Ministry released a harsh criticism of Iran, calling the remarks made "irresponsible," and stating "you cannot threaten us."

Davutoğlu told Salehi, "We invite Iranian officials to put an end to their baseless statements regarding our country and to act in a manner appropriate to our neighborly relations," reminding that Turkey is not responsible for the bloodshed in Syria.

The messages Davutoğlu relayed to his Iranian counterpart have been released to the public by the Foreign Ministry:

"We strongly condemn the statements of baseless accusations and extremely inappropriate threats against our country made by certain Iranian officials and especially the Iranian Chief of Staff Firouzabadi.


We have always acted according to our principles, as we did on Iran's nuclear negotiations. However, the fact that statements are being made against Turkey despite this is irresponsible.

Everyone is well aware of who is responsible both within and outside of Syria for the humanitarian drama caused by the regime and who bears the weight of the sin of killing hundreds of innocent people every day."

Salehi requested Turkey step in to help save the 48 Iranian pilgrims kidnapped in Syria to which Davutoğlu responded by stating, "We are exerting every effort possible for both humane purposes and as a necessity due to our camaraderie with the Iranian public."