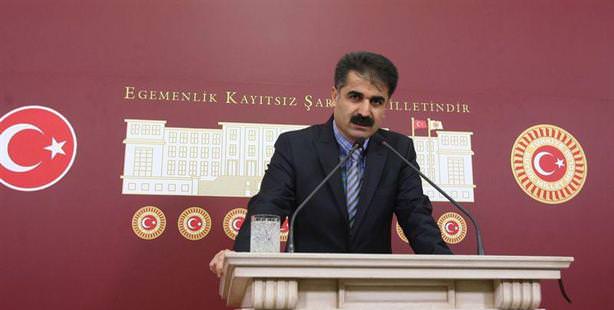 In Tunceli, PKK terrorists stopped a vehicle carrying CHP Tunceli Deputy Hüseyin Aygün and proceeded to kidnap the MP, while releasing his aide and a reporter for Akşam newspaper.

The event took place at approximately 19:00 Sunday evening as CHP Deputy Hüseyin Aygün was returning from Ovacık to the city of Tunceli. Two PKK terrorists blocked off the road and had Akşam Newspaper Correspondent Kadir Merkit and Aygün's advisor Deniz Tunç exit the vehicle. The terrorists released the two and proceeded to forcibly take MP Aygün into the forest. As soon as Merkit and Tunç arrived to the city center to inform of the kidnapping, security forces began an operation to rescue the main opposition lawmaker.

Aygün's kidnapping in the MP's own constituency of the southeast province of Tunceli, took place after the politician had been meeting with citizens during tours of various districts and villages since August 8th. Aygün had arrived to Ovacık in the morning on Sunday in order to meet with citizens and shopkeepers. The kidnapping transpired on his evening return, 35 kilometers into the Ovacık highway.

'WE WILL HOST YOU FOR A DAY OR TWO'

Aygün's advisor Deniz Tunç, who was with him during the kidnapping, described the event by stating, "They were two people. They said to Mr. Hüseyin, 'We are going to host you for a day or two'. Mr. Hüseyin resisted and told them to just shoot him. Referring to us he told the PKK members, 'let the kids go'. Even though he resisted, the PKK members kidnapped Mr. Hüseyin." Announcing the kidnapping, Tunceli Governor Mustafa Taşkesen stated, "Our deputy Hüseyin Aygün was kidnapped by two PKK militants who were on the road wearing civilian clothing. We do not feel that this incident was a coincidence. This vehicle was especially targeted. Our deputy's vehicle was the only one stopped. We will act however necessary in order to ensure that our deputy returns home safe and sound." Taşkesen added that Aygün had not made any sort of request to the governorship for security and had also not informed of his plans to travel throughout the region.

CHP Chairman Kemal Kılıçdaroğlu and a number of other Central Executive Board members held an emergency meeting at the party headquarters. CHP Deputy Chairman and Party Spokesman Haluk Koç told reporters following the meeting that five CHP Deputies have been sent to the region. "This is the first time a deputy has been kidnapped by the terrorist organization. This shows the level terrorism has now reached in Turkey. Politicians need to avoid these daily artificial debates and stop placing blame on one another in begrudging, hateful and enraged statements. We are now face to face with a serious issue in Turkey," said Koç.

HE HAD CRITICIZED THE PKK

In an interview conducted in January, Aygün expressed a number of harsh criticisms against the PKK, stating; "Throughout this summer, the organization managed to shoot five members in Dersim. The organization exerts violence on all political figures in the region. From Diyarbakır to Dersim… In Dersim, we practically had to conduct an election campaign under the threat of PKK terrorism, and BDP terrorism. However, no one ever brings this up, we need to debate this issue and be able to criticize it."

A CONTRADICTORY VOICE IN CHP

Hüseyin Aygün, one of the founding members of the Tunceli bar association, had been in charge of legal proceedings to reveal the grave locations of the Dersim event leaders, during his time as an attorney. Aygün was a contradictory figure in the CHP. In the past, comments he has made such as, "The state and CHP are responsible for the Dersim massacre and Atatürk knew about this," has ignited debate. During discussions on Cemevi's, Aygün stated that Alevism is a religion. He was also a firm believer in education being provided in mother tongue's, despite the CHP's opposing stance.

Erdoğan: "Our security forces are tracking him down"

Prime Minister Recep Tayyip Erdoğan, met with Turkey's National Intelligence Organization, or MİT, Undersecretary Hakan Fidan on the issue, and has announced that the Ministry of the Interior is looking into the incident. "All of our security forces are investigating the incident. I hope that he will either be located or released as soon as possible. This incident is of course extremely significant in terms of exhibiting the separatist terrorist organization's intensions. Therefore, these incidents are expected and our security forces are on their trail. Hopefully, we will reap results as soon as possible," said the Prime Minister.

GÜL: "THIS IS A SIGNIFICANT INCIDENT"

President Abdullah Gül called CHP leader Kemal Kılıçdaroğlu to offer his sympathy. Gül also met with Interior Minister Şahin to receive information regarding Aygün's kidnapping. Speaking to Kılıçdaroğlu, Gül assured the main opposition leader that they were closely following the situation and supposedly stated, "This is a very significant event."

Speaker of the Parliament Cemil Çiçek also called Kılıçdaroğlu to offer his condolences. Meanwhile, in a written announcement, Çiçek referred to Aygün's kidnapping as "the biggest show of disrespect to national will," and strongly condemned the incident.