A race against time for a Turkish hostage 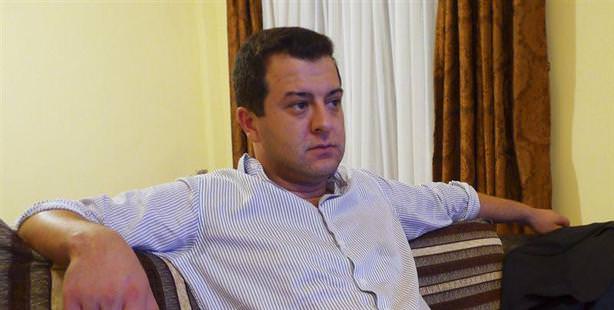 President Abdullah Gül is now stepping in to help rescue a Turkish businessman that was kidnapped in Beirut. Lebanon’s Foreign Affairs Minister has spoken with the Meqdad clan, responsible for the abduction of Aydın Tufan Tekin.

Turkish national Aydın Tufan Tekin was kidnapped by armed members of the Shiite Meqdad clan in Beirut in the early morning hours on Tuesday. President Gül, who happened to be attending an Organization of Islamic Cooperation (OIC) meeting in Mecca, met with Lebanese President Michel Sulaiman to discuss the issue personally.

According to information provided by the Foreign Affairs Ministry, Aydın Tufan Tekin arrived to Beirut from Istanbul where he got in a taxi at the airport. Soon after, the taxi was stopped by members of the Meqdad clad, which then proceeded to abduct Tekin. The Meqdad clan says it is seeking to put pressure on the Free Syrian Army (FSA) to release Hassan al-Meqdad by targeting both Syrians it says are part of the rebel force and citizens of Turkey, one of the rebels' regional sponsors.

Foreign Affairs Minister Ahmet Davutoğlu has supposedly called the Turkish businessman's family to relay that the state is doing everything in its power to ensure Tekin's release. Lebanese Foreign Affairs Minister Adnan Mansour also made a demand for Tekin's release by calling Hassan al-Meqdad's brother Hatem to request Tekin be freed. The spokesman for the clan responded by stating, "We will not even release one shoe belonging to our captives so long as our brother Hassan al-Meqdad is not released. We kidnapped a Turk, because Turkey is offering support to the Syrian opposition. If anything happens to Hassan, the Turk will be the first to go."

The Lebanese Shiite Meqdad clan has taken over 30 hostages, mostly Syrian with the exception of one Turk, in response to the detainment of Hassan Salim al-Meqdad under the premise of his being a member of Hezbollah. Hassan's family says he was a regular person who worked at a bank in Syria.

Meanwhile, the driver of a Turkish-licensed lorry carrying petroleum was abducted in the southern region of Beirut. Eye witnesses claim they saw two people forcibly abduct the driver and a Syrian national accompanying him, who they then forced into a jeep and took off.

'I AM FINE, THEY ARE TREATING ME WELL'

AA reporters Mustafa Yıldız and Ogün Yıldız have managed to contact Aydın Tufan Tekin, who is being held by members of the Meqdad clan. Explaining that he reached Beirut at around noon, Tufan Tekin said that he boarded a taxi as soon as he exited the airport after which he was kidnapped. Tekin expressed that he believes that if Hassan al-Meqdad was released in Syria, then he too would be set free. Tekin stated that he hopes the Turkish government will contact the Free Syrian Army to secure Hassan al-Meqdad's release to solve the situation peacefully before anything undesirable transpires. Although the Meqdad clan wanted Tekin to speak in English, they did allow him to deliver a special message to his family in Turkish. Tekin stated, "I want to tell my family that I am doing fine. They are treating me well; I do not have any problems. I am in good health and spirits, thenk you," stated Tekin.


When asked, "Did you speak that way because you are under pressure?" Tekin responded by stating, "No, there are definitely no problems. They help me in every way. When I say I want to take a shower, they bring me a clean towel. They bring me fruit and they bring me food," explained Tekin.

Aydın Tufan Tekin's family who hail from Muğla's Marmaris district want their son to be released as soon as possible. Aydın's father Mahmut Tekin explained that when they first heard the news they were shocked. "Foreign Affairs Minister Ahmet Davutoğlu called us late at night. Everyone is doing all they can. All we want is for our son to return home to us safe and sound". Mahmut Tekin explained that his son worked as a sales director for a firm's Eastern Mediterranean operations.


A STATE-LIKE CLAN: THE MEQDAD

The Meqdad clan is the third largest Shiite resistance group in Lebanon. Although they are the third largest of its kind in Lebanon following the Amal Movement led by Speaker of the Parliament Nabih Berri and the Hezbollah organization run by Hasan Nasrallah, their militia, which is heavily present in southern Lebanon and Bekaa, is so strong even the Hezbollah cannot mess with.

This is a translation of an article originally written by Adem Ülker.