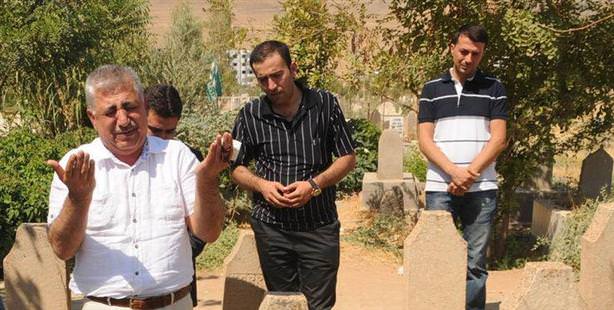 A special investigative team has been established to look into the death of Ramazan Dindar, the brother of AK Party’s Şırnak Deputy Emin Dindar.

A widespread investigation has been initiated to look into the murder of Ramazan Dindar, Şırnak's AK Party Deputy Emin Dindar's brother. Ramazan Dindar was murdered by gunpoint in Şırnak's Cizre district on August 18th.

The investigation commenced by the District Attorney is being conducted under the coordination of the Diyarbakır District High Criminal Court which is authorized by the tenth article in the Counter-Terrorism Code. The empty shells and bullet cartridges that hit Dindar have been admitted to the Diyarbakır criminal police laboratory for inspection. This evidence will determine whether or the not the weapon used to kill Dindar has been used previously in a terrorist attack.

The prosecution is also looking into the fact that the perpetrators chanted slogans in support of the PKK prior to the attack. Another option being considered is the possibility that the perpetrators missed their intended target in shooting Ramazan Dindar. An eyewitness, whose identity will remain confidential for safety reasons, was able to capture footage of the two perpetrators. According to officials, the PKK has been targeting AK Party members and their relatives in the region and therefore there is a high chance the terrorist organization staged this attack on the Dindar family.

Just three months ago in Şırnak AK Party District Vice-Chairman Ali Kılınç was murdered by a weapon with a gun silencer, while in both Hakkâri and Van an AK Party parliamentarian and district chairmen were also kidnapped and threatened.

His brother couldn't make it to the funeral