BDP relentless in their defense of terrorists 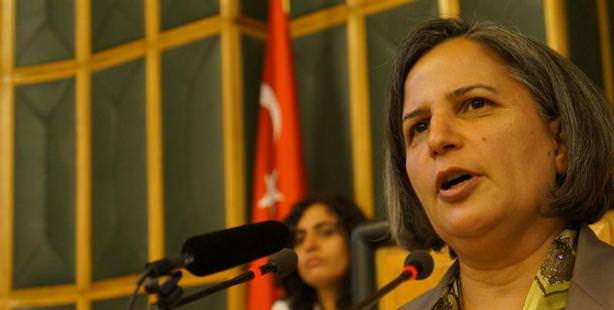 Deputies from the BDP, or Peace and Democracy Party, who recently openly displayed their close relations with armed members of the PKK, classified as a terrorist organization by both the United States and Europe, continue to defend the terrorists on every platform possible.

For PKK members, responsible for civilian massacres and relentless bombings, members of the Turkish parliament BDP offer their highest form of support.

As reactions continue to increase in response to BDP members greeting PKK terrorists with hugs in Hakkari's Şemdinli district, BDP Co-Chair Gültan Kışanak decided to hold a press conference in Diyarbakır' to explain that they didn't know beforehand that they would be seeing members of the PKK, however she did say that spot was a known check point for the guerilla fighters. Explaining that they were in the region in order to determine the damage in villages, Kışanak went on to state: "We were a convoy of approximately 100 cars. There were maybe 25-30 and maybe even 40 vehicles ahead of us. When all of a sudden they began stopping, we thought that maybe there had been an accident and we got out. There was a struggle between those who got out of their cars before us and the guerillas who wanted to establish control of the area. The guerillas wanted to separate themselves from the people in order to conduct propaganda; however everyone was flooded with emotions and didn't allow them to establish any sort of formalities. To be honest, that was a guerilla check point; however they couldn't conduct any checks. Emotions took over and we were all flooded with feelings. Those kids are maybe going to lose their lives in an hour from now in an air bombardment. How can a conscience accept this…"

DTK Co-Chair and Van Independent Deputy Aysel Tuğluk states, "Those kids are the youth of our public and of course we are going to embrace them. And we don't see them as terrorists. We see them as youth that have been forced to arm themselves."