Turkey hot on the trail of PKK extension in Syria 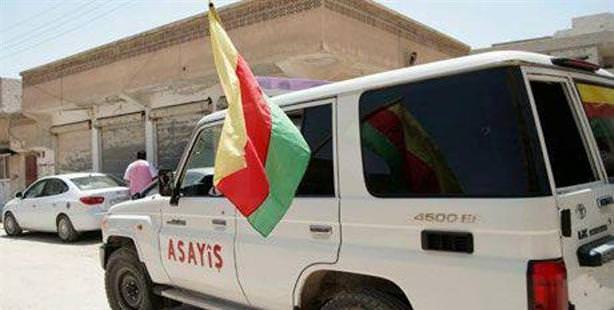 According to a map of Syria created with data provided by three different state establishments, there is no stretch of area that has become a Kurdish region under the PKK-extension PYD’s control.

The PKK terrorist organization's recently increased efforts to infiltrate Syria via their extension the PYD have activated Turkey's security forces. The Prime Ministry has coordinated a current map of Syria using archive data from the Foreign Ministry, the General Staff and the National Intelligence Organization (MİT). The new map details the demographic characteristics in the region using intelligence notes and records from Syria.

A STREET BY STREET PROFILE OF SYRIA

The map project was initiated after the surfacing of debate on whether a Syrian state was being formed in the northern region of Syria following the waving of a Kurdish flag by the PYD, an extension of the PKK terrorist organization. With the new map, and detailed information depicting towns, villages and streets, Syria's new profile was revealed.

THERE IS NO KURDISH REGION

According to the map, the Qamishli region where the Turkish and Iraqi borders cross is heavily populated with Kurds. One of the findings according to the map analysis is that "there is the presence of a PKK sociological basis in Qamishli and this region is providing members to the organization."


However, there was no other PKK base found in any of the remaining Kurdish settlements along the Syrian border and according to findings, the PYD did attempt to make a show of force in the region, however was unsuccessful in finding support.

The most significant finding to come out of the map studies was that "there is not a Kurdish settlement developing in northern Syria." The map shows that there are Kurdish, Sunni Arab and Türkmen communities spread out in segments along the border.

THE TÜRKMEN SETTLE ALONG THE SHORE

A majority of Sunni Arabs reside in a widespread area in the critical Azaz region located north of Aleppo. West of this region, in an area directly across from Hatay's Yayladağı all the way to Latakia in the south consists of primarily Bayırbucak Türkmen.