A balloon tracking system to be set up on the border 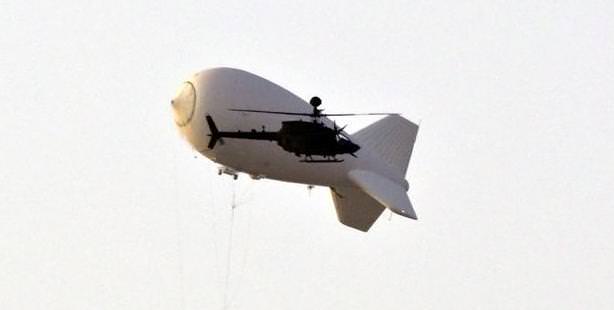 In the fight against terrorism, helium balloons may soon be providing surveillance along the border.

Turkey's Ministry of Interior has applied to the Defense Industry Undersecretariat (SSM) to request the purchase of six flying balloons that operate on helium. The Ministry of Interior penned a request to the SSM which read, "An immediate necessity has arisen for the purchase of six balloon systems for the Police General Directorate's intelligence and security efforts. We request you allow for the supply of the aforementioned balloon systems."

The SSM has in turn begun expediting efforts to purchase the balloons which will be used similarly to the Herons in conducting surveillance and intelligence gathering on the PKK. According to the initial plans, the flying balloons will be fitted with thermal cameras, sensors and other similar security systems. The balloons, for which the purchasing process has begun, are able to elevate up to 150 to 300 meters and can remain in the air for six to ten hours.

THE USA USES THEM

The flying balloons are planning to be bulletproof. Each balloon is said to cost between 200,000 dollars and one million dollars dependent on the systems to be installed. These balloons, which are aimed to be purchased by the end of the year, will be effectively used to prevent illegal infiltration from the Syrian and Iraqi borders. A high-level official states, "We will also be able to determine the locations of terrorist hiding places nearby troops in rural regions in especially active regions such as Hakkari, Şırnak, Tunceli and Diyarbakır. The United States has been using these balloons to detect border violations for years now and Turkey is now working on being able to use the systems in a similar fashion.

This is a translation of an article originally written by Alper Sancak.