EU: Support for terrorism should not be perceived 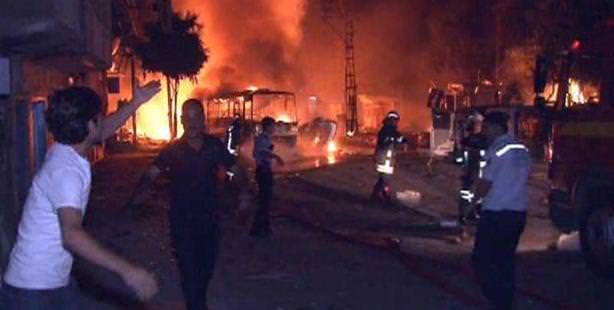 The EU Commission has issued a statement condemning terrorism and the recent attack in Gaziantep.

An announcement released by the press office for the Commissioner for Enlargement and European Neighborhood Policy Stefan Fule, states that the EU strongly condemns terrorism and the attack last week which claimed nine lives, however refrains from commenting on a publicized and controversial meeting between PKK terrorists and BDP deputies.

Commission Spokesman Sebastien Brabant emphasized however that any sort of act that creates the perception that terrorism is being supported in any way, must be avoided. Brabant stated, "As the EU, our expectations are that everyone in a position of responsibility will openly condemn terrorism and will avoid any sort of action that would create the perception of support for terrorism." In the statement made Friday, the press office for Füle expressed deep regret over the loss of life in Gaziantep and extended condolences to the families of the victims.

"The EU condemns all terrorist attacks and deeply regrets the loss of life. Our thoughts are with the families of all those killed. We have intensified our dialogue with Turkey on counter-terrorism to address the terrorist threats that concern us all, and the fight against terrorism is an important aspect of the Positive Agenda for Turkey," the statement said. The statement also said the press office did not have enough information to comment on the meeting between PKK members and deputies. It said the EU strongly condemned terrorism, recalling that the PKK is listed as a terrorist group by the EU. "We do not comment, as the circumstances in which the meeting happened and this video was done are unclear to us. But we would like to recall that the EU strongly condemns terrorism. The PKK is on the EU list of terrorist organizations. The EU encourages the Turkish authorities and all stakeholders to continue their efforts to find a solution to the Kurdish issue," said the statement from the press office of the commissioner for enlargement and European neighborhood policy.