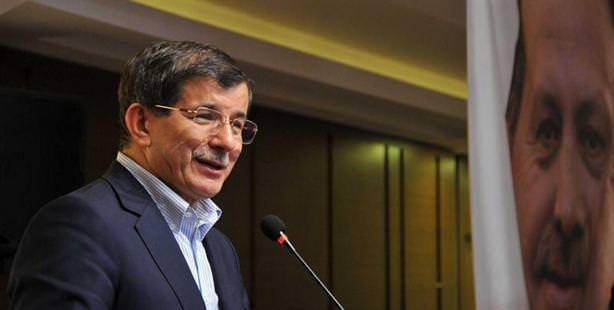 Referring to when the Assad regime will depart, Foreign Minister Davutoğlu stated, “Unfortunately this is a very painful process, they may just have months or even weeks left.”

Foreign Affairs Minister Ahmet Davutoğlu was responding to journalist's question in an interview broadcasted on the NTV television station. When asked whether there was external involvement in the attack staged in Gaziantep, Davutoğlu stated that they are taking all factors in connection to the attack into consideration and none are being left out of the equation and announced that they apprehended the perpetrators in a short amount of time and have as a result collected serious data.

''However, we must realize that terrorism is not this week's or this month's problem, this is something that has lasted for 30 years now. Therefore it is not something that can be attributed to a single factor such as Syria," stated Davutoğlu.

Terrorism is too complex to be attributed to a single factor

Reminding that terrorist attacks have been staged against civilians in Ankara, Diyarbakır and Istanbul in years past, Davutoğlu stated that the Syria factor was nonexistent at that time. The Foreign minister went on to state, "This doesn't mean we can say that the terrorist organization is not trying to take advantage of intensified fighting in Syria. However, it would be deficient to say that the terrorism situation in Turkey is solely and especially tied to the developments in Syria. Of course the external ties in the attack will be investigated; however it must be well known that terrorism is too complex to be explained by a single factor."

We will not turn back from our visionary stance

Pointing out that the increase in Turkey's influence may be a factor instigating terrorist events due to the discomfort with this by certain people both within and outside of the country, Davutoğlu stated, 'However, without evidence in hand, we cannot make a definite judgment. We cannot put any country or group against us. If terrorism is being used as a tool, then we will take precautions, however we will not turn back from our visionary stance. Otherwise, that would mean surrendering to terrorism. If terrorism was allowed to be used in this manner just one time, then the entire foreign policy would be taken prisoner by terrorism," stated Davutoğlu.

This is a painful process

When asked when he though the Assad regime would go, Minister Davutoğlu stated, "Right now, unfortunately this is a very painful process, they may just have months or even weeks left."