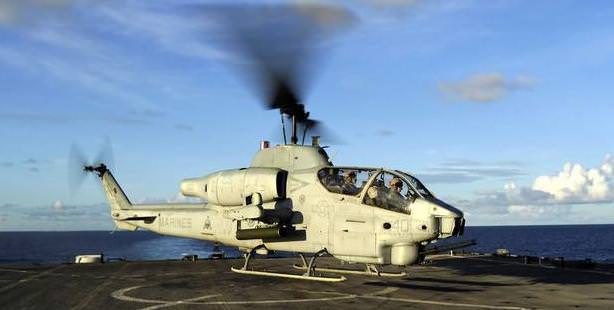 The Super Cobra attack helicopters Turkey has purchased from the United States with the approval of the U.S. Congress will be delivered soon after they are integrated with the ‘latest technology.’

Upon Ankara's request, the three Super Cobra's expected to be delivered in March will have the latest weapons systems installed. Generally, the Super Cobras hold 12 projectiles. However, the AH-1Z helicopters being purchased by Turkey will be outfitted with 26 missiles. The revamped Cobras will be faster and will contain a larger weapon capacity compared to former models.

Ankara renewed an order for the AH-1Z helicopters, used by the U.S. in Afghanistan and otherwise known as 'Super Cobras' after they were reintegrated with the latest technology. The Turkish Armed Forces already has 35 of the lower model Super Cobras in its fleet.

An additional 20 million dollars was requested for the three AH-1Z Cobras Ankara has requested be integrated with the latest technological systems. The overall cost of Turkey's three new Super Cobra's which will join the TAF Air Force fleet in 2013 will account to 130 million dollars.