It’s either terrorism or politics, Kandil or the Parliament, it’s time to decide 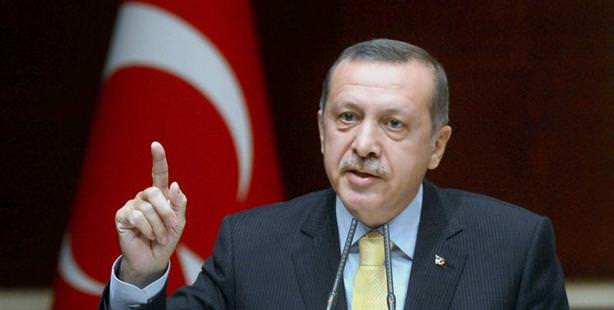 Prime Minister Erdoğan called on BDP members of Turkey’s Grand National Assembly to either stay in the parliament to find a solution to the Kurdish issue in the Kandil Mountains, where the PKK is based.

Prime Minister Recep Tayyip Erdoğan was speaking at a meeting of the Justice and Development, or AK Party, Provincial Chairmen on Sunday when he spoke up about the recent rise in terrorist activity and the connection between the Peace and Democracy Party, or BDP, with the PKK terrorist organization.

IT'S EITHER KANDIL OR THE PARLIAMENT

"The terrorist organization and its extension need to make a choice between Kandil and the Assembly," stated the prime minister. "If they decide to stay in the parliament then they will earn respect and will be responded to. However, if they say 'no' then the only place left for them is Kandil. Let them go ahead and continue on their road to Kandil."

Erdoğan went on to state: ''While these gentlemen enjoy themselves along the Bosphorus and while they sip their alcoholic beverages in front of the television, there are governors, district officials, soldiers, police, village guards and intelligence members that are putting themselves out there. Our security forces lay their lives out as shields against terrorists who hide behind women and children as they hail bullets."

During his speech, Erdoğan also brought up the issue of the abduction of AK Party's Hakkari District Chairman Abdülmecit Tarhan. Erdoğan explained that Republican People's Party CHP administrators first paid a call to Tarhan's home and then later issued an announcement, stating, "The AK Party didn't call, we did though and they asked us for help."

In response, Erdoğan said, "How tactless is this? The family is grieving and then hears this announcement. The response they gave me was exactly this, 'My dear Prime Minister, have I fallen so low as to request help from a chairman or his deputy of the main opposition party that holds demonstrations arm in arm with another party that is an extension of the terrorist organization?'"