A critical visit from the Pentagon 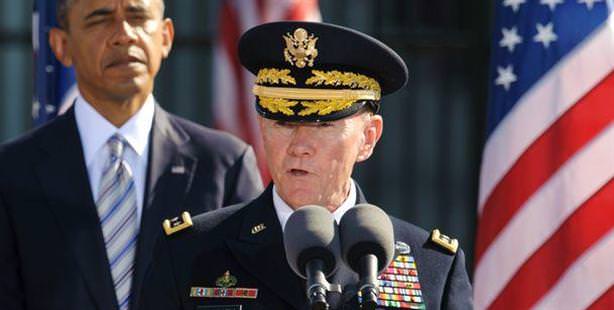 After hosting CIA Director General David Petraeus, Turkey is getting ready to welcome another critically important guest from the United States. U.S. Chairman of the Joint Chiefs of Staff General Martin Dempsey arrives to Ankara on Sunday to discuss Syria and the fight against terrorism.

According to the information obtained, during General Özel's visit to the United States in May, he extended an invitation to General Dempsey to visit Turkey.

This will be General Dempsey's first trip to Turkey since being appointed Chairman of the Joint Chiefs of Staff. Meetings with the general will be centered on recent developments in Syria and establishing a road map in the fight against terrorism.

The internal strife in Syria, the influx of refugees to the Turkish border and the camps where Syrian refugees are staying are issues that will each be brought to the table.

Regional developments will be discussed however the focus will be on determining joint strategies and establishing a road map for handling the PKK terrorist organization.