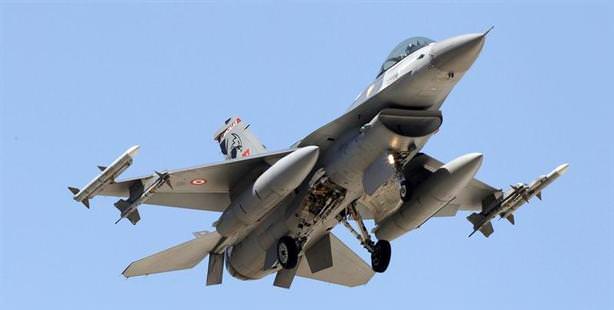 Deputy Prime Minister Beşir Atalay says that findings show that the Turkish fighter jet that was brought down in Syria on June 22nd was in fact hit by a missile.

"It has been determined that a missile was what hit the jet, however the findings have yet to be confirmed," stated Deputy Prime Minister Atalay, in response to journalists' questions on a television broadcast.

"In an investigation involving the Forensics Department as well as a number of other State Institutions, findings pointed to a missile being the cause of the fighter jet's crash. However, this finding needs to be confirmed in a further investigation by Air Force units, and only after will we issue an official announcement."

Atalay also commented on main opposition leader Kılıçdaroğlu's allegations surrounding the explosion in Afyonkarahisar by stating, "Being the leader of the main opposition is not a position of empty rhetoric. If he has any information he should hand it over," stated Atalay.