PM Erdoğan: We strongly condemn the attacks on U.S. Embassies 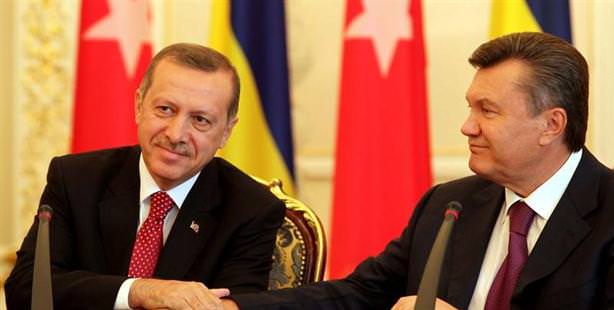 Speaking at a press conference in Kiev, Ukraine Prime Minister Erdoğan strongly condemned the recent slew of attacks on U.S. embassies, and stated, “We share their grief.”

STRONG CONDEMNATION: "The death of the U.S. Ambassador and three embassy staff members is extremely worrisome and I strongly condemn such attacks. I have relayed to President Obama a message of my condolences. Unfortunately Turkey is a country that has lost many ambassadors and diplomats to terrorist attacks. Therefore we condemn these types of attacks that target diplomats in the strongest way possible.

We have always stood up to terrorism, Right now, once again we are a nation in the midst of a fight against terrorism and we know very well what this means. We are determined to prevent any form of terrorism. A joint fight against terrorism is necessary because terrorism does not belong to any one nation or religion. I believe that this event will not obstruct all of the steps taken to ensure a democratic transition in Libya."

NO NEED FOR ISRAEL TO TIRE MEDIATORS: (In response to a question on whether it was correct that mediators were working on mending ties between Turkey and Israel, which dissipated following a raid by Israeli forces on the Mavi Marmara aid flotilla.)

"Up until now, the answer we have given anyone who has wanted to discuss the issue or intervene has always been clear. First, we demand an apology. Secondly, we request compensation for the families of those killed in the raid. And third, we demand the lifting of the Israeli blockade on the Gaza Strip.
Normalization is out of the question as long as any of these conditions remain unfulfilled. If they are going to guarantee all three of these conditions, then we would say 'yes' to mediators, if not then there is no need to exert the effort."