A call of gratitude to Davutoğlu 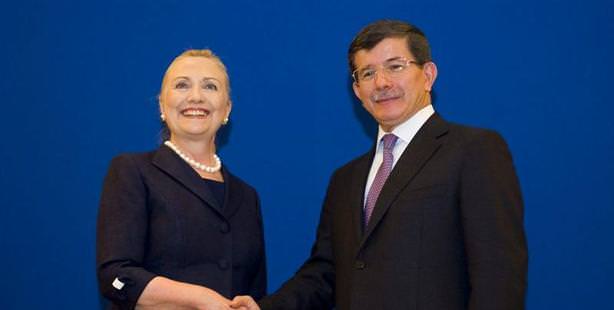 U.S. Secretary of State Hillary Clinton made calls to the Prime Minister of Libya, Somalia’s state leader, and the foreign affairs ministers of England, Egypt, France, Saudi Arabia and Turkey to discuss the recent uprising of protests in response to the release of a highly controversial and disturbing trailer of ‘Innocence of Muslims.’

Meanwhile, the United States' administration has requested the video-sharing website YouTube to reassess whether the controversial trailer violates the website's principles.

YouTube restricts sharing footage that includes sexual imagery, promotes drug use, contains violent or hateful statements or is any way related to religious or ethnic-based attacks directed towards certain groups.

At present, YouTube has only restricted the trailer in Egypt and Libya, where it ignited a violent backlash against U.S. missions.