Insulting religious values should be a crime in every country 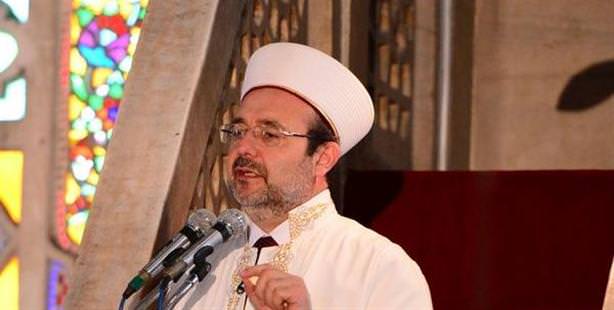 The Ministry of Justice has already begun working on drafting legislation that would render insulting religious values a crime, upon receiving the directive by Prime Minister Tayyip Erdoğan.

At present, crimes classified in either article are only subjected to a minimum six months and a maximum three years prison sentence.

There are three options being considered for amending the aforementioned articles.
1-Increasing the minimum sentence for articles 216 and 125 up to two years. This would mean that the sentences for both crimes surpass the limit for a possible postponement of sentences.
2-To not make any changes within the code, however to add a clause ensuring the charged be made to serve the full sentence issued.
3- To change both the articles as well as the sentence limits.

Deputy Prime Minister Bekir Bozdağ has also stated, "There is a pertinent need for the international community to act together in order to curb Islamophobia. It would be beneficial to consider extreme acts a crime, and for it to be acknowledged in a legal framework. We will take the steps necessary in order to fulfill the Prime Minister's statements and may be working on altering the criminal code legislature."

Referring to the film 'Innocence of Muslims' as a global provocation, President of the Directorate of Religious Affairs Prof. Dr. Mehmet Görmez, states, "Just how racism and segregation is considered a crime all over the world, insulting cultures and nations' sacred values should also be considered a hate crime."