“Operations would stop if the terrorists laid down their arms” 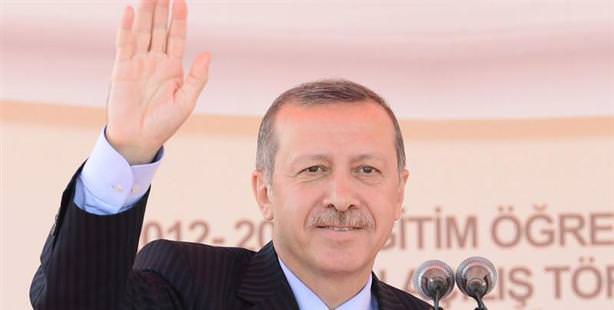 “The terrorists should know that if they drop their weapons, then the operations in this country will come to an end. Responding to the calls for the weapons to be silenced, Prime Minister Erdoğan said that as long as the PKK terrorists continue to remain armed, the weapons cannot be silenced.

Prime Minister Tayyip Erdoğan was speaking at ceremony in Denizli for the start of the new 2012-2013 school year, when he referenced the deaths of four soldiers in Çukurca, Hakkâri and eight police in Bingöl by stating, "Our fight against terrorism will undoubtedly continue. We are also paying the price, because this struggle does not come without one. We want the bloodshed to stop and not the silencing of weapons. For those that want the weapons to cease, they should know that the state and the government would not continue these operations if they (the PKK) laid down their weapons. However, state soldiers and police officers will never relinquish their weapons. Their arms are the most essential instrument used by police and soldiers. They use them to establish public order and to fight terrorism. It will always be their essential tool," stated Erdoğan.

THE FIGHT WILL CONTINUE

Erdoğan went on to state: "The terrorists should know that if they drop their weapons, then the operations in this country will come to an end. As for the silencing of weapons, that will never happen as long as weapons remain in the hands of terrorists. At even the slightest chance they would continue to fire those weapons on innocent people.

Despite all of these heinous and atrocious attacks, we continue and will continue to fight this separatist terrorist organization with the highest form of determination.

In the last ten days alone, 123 terrorists were neutralized in Hakkâri. During the months of February to August, 373 terrorists were killed," stated Erdoğan who went on to explain, "Over the past month, 500 terrorists were killed in operations staged in the region. On the one hand we will allow Turkey to prosper, while at the same time continuing our fight against the bloody terrorist organization without yielding, tiring or ever taking a step back."

This is a translation of an article originally written by Yalçın Bozboğan, Ufuk Soyhan and Hasan Durna.