General Dempsey: America and Turkey are like-minded on Syria 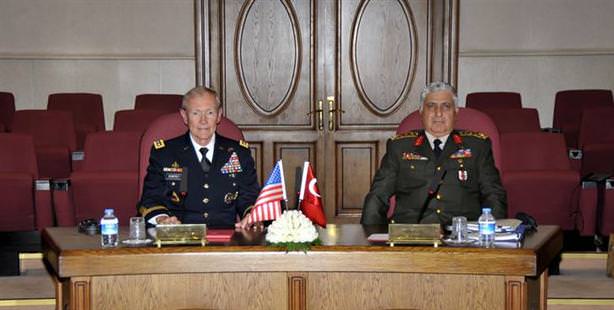 Chairman of the United States Joint Chiefs of Staff General Martin Dempsey released a number of announcements regarding his trip to Turkey from the plane while on his return.

Dempsey was in Turkey as a special guest of his Turkish counterpart Chief of General Staff Gen. Necdet Özel whom he sat down with to discuss the situation in Syria as well as other pressing regional issues.

During his flight back to the United States, Dempsey stated that both America's and Turkey's leaders share the same viewpoint when it comes to the crisis in Syria and they have agreed to work together on the issue.

Dempsey also explained that although Turkey is extremely proud of their success in assisting the refugees coming in to the country from Syria, they also bear concerns regarding the incessant influx of refugees and are seeking assistance from the international community."