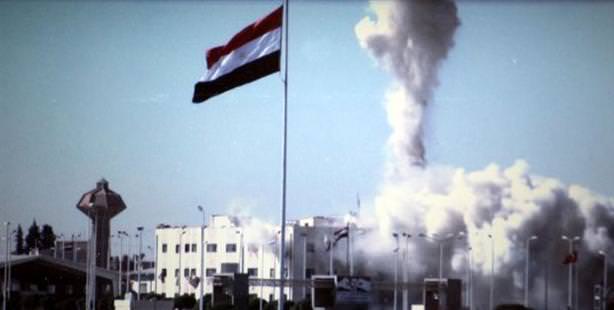 The Syrian opposition has taken over control of the Tel Abyad Border Post, taking down the Syrian administration’s flags and posters of state leader Bashar al-Assad. Turkey had to close down a number of schools located near the border where violence escalated yesterday as the battle between the opposition and Syrian forces ensued.

The Free Syrian Army staged an attack using rocket launchers on an Assad forces stronghold, the Tel Abyad frontier post located along the border with Akçakale, Şanlıurfa the night before last.
The attack, which quickly transformed the area into a battle field, is stated to have resulted in a significant number of deaths amongst both soldiers from Assad's forces as well as members of the Free Syrian Army. The fight for control of the Tel Abyad Border Post raged into the night, while reinforcements sent from throughout Syria were supposedly brought into Tel Abyad consistently throughout.

By the early morning hours yesterday, the opposition had taken over control of the Tel Abyad border district, taking down the administration flag and hanging up their own green, white and black flag consisting of three stars in the center. Posters of State Leader Bashar al-Assad were brought down and opposition members shot their long-barreled rifles into the air in a celebratory display of joy. The weapons were silenced soon after the opposition gained control of the border, however a while later, sounds of cannons and gunfire could be heard again, with one cannon ball landing close to the very border customs building the opposition forces had celebrated on.

Residents of the Turkish Yenimahalle and Hürriyet neighborhoods situated along the border were evacuated and placed in relatives' homes, their own homes hit with shells from the gunfire.During the ongoing combat, a significant number of Syrians, including women and children, crossed over the border in order to seek shelter and assistance from Turkish security forces. Once processed, the refugees were placed in the Süleyman Şah Tent City.

Once the opposition forces had seized control of Tel Abyad a number of Turkish nationals brought drinking water and food to their relatives on the Syrian side, meeting at the border. Once they received the aid from their relatives, the Syrians returned back to their nearby homes

SCHOOLS CLOSED DUE TO THE VIOLENCE

While security forces have increased measures on the Turkish side of the border, a number of schools in the Akçakale border district were closed yesterday. A bullet hit one high school in Akçakale. District National Education Director Ahmet Pala announced yesterday that classes had been cancelled due to the conflict. Pala also stated that depending on the developments, schools may remain closed for another day

This is a translation of an article originally written by Mehmet Yıldırım.